How did you come up with the inspiration for your latest written work- what originally triggered the idea, and what challenges did you encounter as you embarked on this journey?

I thought about zombie apocalypse stories and began to wonder what would happen if someone was invisible to them, yet vulnerable at the same time. As the idea formulated different ideas would come up as I and my wife would talk about horror, nightmares, and so on. I noticed that the aspect of a determined, hunting zombie with some level of self-awareness had not been covered before and began to explore that, and adding these basic ideas together, Semianimus was born. The challenges have been to write a zombie book that doesn’t sound or feel like what has come before, without going too far into speculative fiction or too far out of the interest of those that like zombie/apocalypse fiction. To tell a human story without losing the zombies, because that is the key foundation of the book’s basic premise. 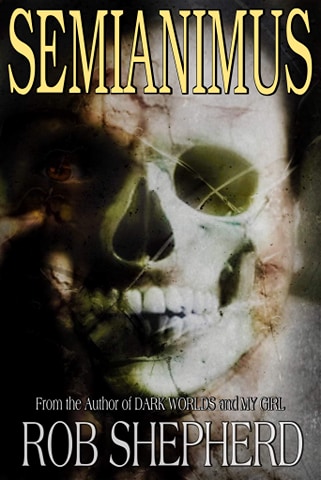 My three favourite authors. That’s difficult. I would, with huge difficulty say; Clive Barker, because of his ability to tell enormous stories covering immensely strange and difficult worlds and dimensions and yet make it smooth, addictive, and beautiful to read, sweeping you away with him in his tales.

The second author would be Charles Dickens. The reason being his characterization. If you want to know how to write a well-rounded character, who you want people to love or despise but ultimately see clearly in your head, to hear their voice and have them feel like someone you may have met in real life or feel like they are someone you could easily meet in the street, Dickens can show you. His skills with writing people are second to none, his observations of human behavior, nuances, tics, and body language all go to make him eminently the best at writing people, and those people feel as real as you or I.

And finally, I would say Edgar Allan Poe. Poe has no one comparable when it comes to poetic novelization and beautiful, skillful language usage. His stories flow as easily as Poetry because he built them upon the rhythm of poetry. So when you read his stories, they feel like novels, whilst making your mind dance in a flowing rhythm as great poetry can. Leaving you in a beautiful juxtaposition. Am I reading poetry, short stories, or novels? The truth is, all three, yet the people feel as real as you and me and you find your mind working hard thinking about what you have just read, like in a great novel, you feel energized and wondering about what the characters are doing now, how it may have alternatively ended and so on, just like a good short story or novella, and yet it leaves you moved, emotional, discombobulated and thoughtful like all great poetry, it shifts your perspective, makes you work for your own answers, possibilities, meanings, and expressions of the authors own musings.

A bit of both. Sometimes I listen to music, especially if I need the energy to write a particular chapter or scene, it sometimes helps create the write energy and emotion thereby helping me find the right mood and the right wording, and yet sometimes I prefer more silence. It depends on the piece I am working on I guess. Sometimes I like to listen to documentaries and other videos in the background, which also helps build atmosphere, tension, and the right senses in which a good body of writing is released from le muse.

I think it is up to the individual author. If there are to be illustrations, then they should be there to help the story along by allowing the reading more access into the world and its people/characters. The more you can understand the world, the easier it is to be taken away into it. If the illustrations are merely decorative, then I would ask myself if they are more of a distraction from the story itself, making it harder to take the reader along with me into the world I am creating. Again with the standard fantasy tropes, it depends on the author, if you are a writer of traditional fantasy, then those tropes are an expected element and not to have them would at the least be a disappointment and at worse a gaping hole in the building of the world. But modern epic fantasy tends to steer clear of standard tropes as the reader base has moved away from that and wants something different from their fantasy, so in that scenario, using traditional fantasy tropes would indeed make the story feel old, done to death and to some possibly even lazy writing. This is why reading reviews is helpful, along with getting a number of trusted eyes on the story before you move ahead is key. You need to know for yourself what your target audience is that you want to read the story, traditional or modern, or maybe somewhere in-between. In that case, you need a little of the traditional tropes whilst moving ahead and using newer phraseology and ideas, but remember that the key is always to write something that you think hasn’t been covered before, to write something that feels different, with different ideas. 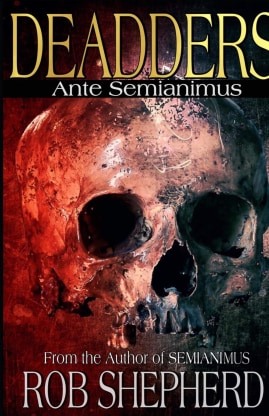 There will always be a future for storytelling. Therefore books themselves. Humanity is a hugely social animal and has to communicate to be healthy, it is inbuilt in us to talk to each other. The first thing our oldest ancestors did when they developed the ability for complex communication, was to tell stories to each other. And that is just the same now as it was way back then. We can’t survive without talking and telling stories, it is how we learn and grow as a species, mentally and socially.

A talent for giving anything a go. I am a very experimental person and have wild and crazy ideas that I like to try out. Most don’t come to anything, nevermind come to fruition, which is why most people don’t know what I do aside from writing, but I have dabbled a little in the odd bit of acting, mainly for actor placement duties, etc, but I have done the odd play or two over the years, but never really explored that seriously or wanted to. Technically I am a trained ballroom dancer, but I haven’t danced seriously for over 20-25+ years, and with certain health restrictions, I don’t see it happening again either.

No, I wouldn’t say any book has, though Clive Barker’s Imajica really helped cement my openness and tolerance for people and their backgrounds, situations, etc. It reinforced my own personal beliefs around race, sexuality, and so on and reinforce my support for everyone and the freedom to be whoever you are.

I have many projects in the pipeline and in the skin-works. I have a follow up to Semianimus that I am working on, I am re-working my novel/novella; Impenitence, Golgotha is another novel that is currently in the long process of being written and a follow up of sorts to my novella; Friends Like Us. All are equally important, but obviously given its part of a trilogy Semianimus has prominence as of now. 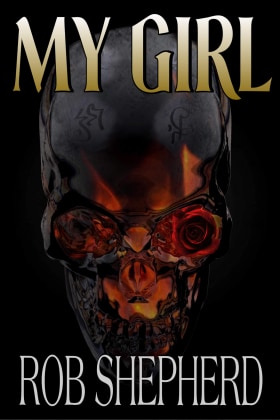